WHAT IS IRON OCHRE?

Iron ochre is a bacteria present in soils that are generally sandy and rich in oxygen. The bacterium appears as a slimy paste that clogs drains and prevents them from functioning properly.

HOW TO RECOGNIZE THE PRESENCE OF IRON OCHRE IN YOUR HOME?

There are several signs that can help you recognize the presence of orange sludge in your system:

WHAT ARE THE MOST AFFECTED AREAS IN THE MONTREAL REGION?

Found throughout Quebec, some cities are known to have iron ochre problems in the Greater Montreal area including: 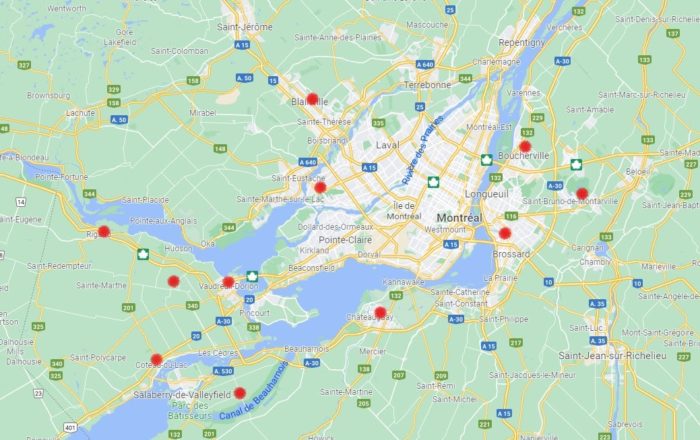 HOW TO ELIMINATE THE PRESENCE OF IRON OCHRE?

There is no way to eliminate iron ochre, you have to learn to live with it.

The installation of a drainage system adapted to iron ochre is the only way to be protected against its inconveniences. Periodic maintenance should be performed on the drainage system at a predetermined frequency depending on the severity of the iron ochre.

Unfortunately, a Big O drain covered with a membrane cannot be maintained when iron ochre is present. The bottom surrounding the drain becomes clogged and thus becomes an impermeable envelope preventing soil water from entering the drainage system.

A BNQ type drain should be used and several cleaning stacks should be installed to ensure effective cleaning.

HOW TO PREVENT OCHRE?

When a new house is built in an area known to have iron ochre, the house should be built high up away from the water table. If the bacteria is present in the soil but the drainage system is above the soil variations, the bacteria will not attack the French drain.

If a house is built in the water table and the bacteria is present, the French drain system will have to be redone following the APCHQ standards for iron ochre.

In some cases, the bacteria is too strong. Despite the installation of a compliant French drain and periodic maintenance, the water still penetrates and the basement becomes uninhabitable. The basement will then have to be condemned or the house will have to be raised in order to be protected from ground water.

Do YOU NOTICE A PROBLEM OF IRON OCHRE?

Lesage Excavation has been providing French drain installation and repair services for over 15 years. Winner of the 2020 and 2021 Consumer’s Choice Award in the foundation repair category, our expertise and customer service are recognized throughout the Greater. Montreal area.

We are available 7 days a week and 24 hours a day to answer your questions. You have 3 ways to contact us:

We mainly serve the Montérégie, the Greater Montreal, the South Shore, a part of the North Shore as well as Ontario; and more specifically

We can also travel to more remote areas when it is a complex project and the owner cannot find a certified contractor in their area.

All news
Read the article