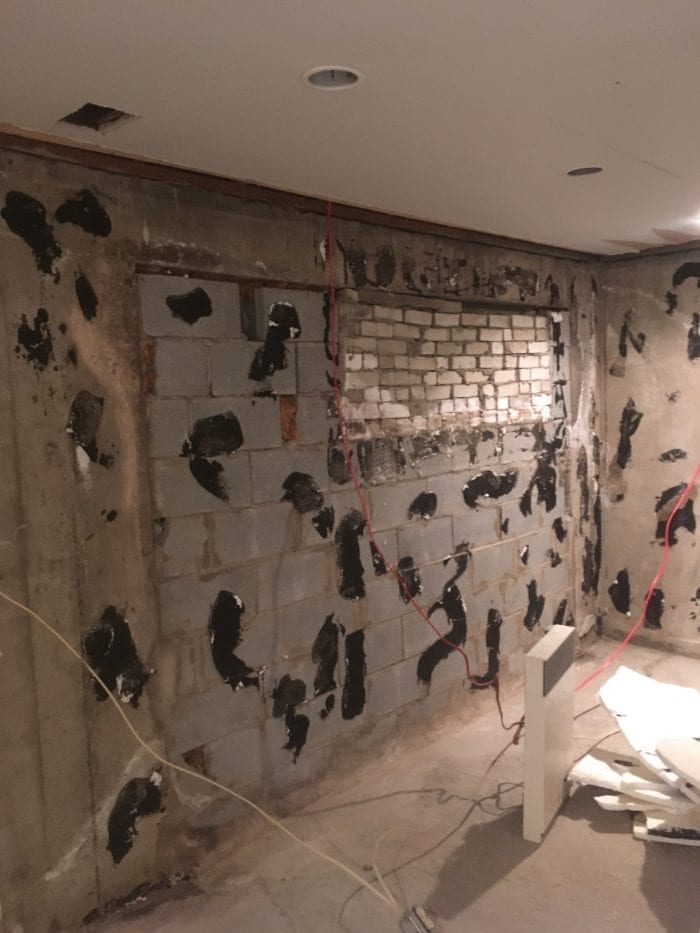 This room in the basement used to be a garage. The former owner decided that he wanted to condemn the garage door and close it in order to maximize space in the basement. He did it with just about anything, blocks, wood and bricks … In short, it was very badly done! The structure is unstable, the water infiltrates and strong odors are released due to moisture. We will excavate outside, demolish the structure, rebuild a complete concrete structure, waterproof the concrete and install a French drain in front of this door. No one will ever have to touch on that again!

All news
Read the article